The muscle is a contractile tissue. Muscle cells are specialized for contractile ability.  The characteristic property of muscular tissue is its ability to contract when excited. The property of conductivity is also well developed in muscular tissue through not to the degree as that of nervous tissue. This topic covers the types of muscle, skeletal muscle structure, and function.

The fluid portion of muscle fibre is called Sarcoplasm.

Three types of Muscles are recognized in the higher animals and man. They are

1. What is Skeletal Muscle?

The skeletal (voluntary and striated) muscle fibres are multinucleated cylindrical structures having a clear display of longitudinal and cross-striations. This muscular tissue is responsible for the voluntary movement of the living system.

The skeletal muscle is composed of numerous muscle fibres (or Cells). Each muscle fibre (cell) is cylindrical, multinucleated, varying 1-120mm. In length and 10 to 100 microns in diameter. It is surrounded by a tough membrane called sarcolemma, and outer basement membrane which is continuous with endomysial connective tissue.

The muscle fibres are united together by connective tissue to form a muscle bundle. The muscle fibres taper at both ends and are firmly united at their blunt ends forming tendons, which in turn are connected with the bones at their secondary ridges.

Each muscle cell has numerous myofibrils, 1 micron in diameter which runs in an axial direction along the length of muscle fibre and is contained in the sarcoplasm.

A myofibril, under the electron microscope, is seen to consist of about 1500 myosin (thick) filaments and twice its number of actin (thin) filaments. These two types of filaments are made up of proteins, lie side by side and are instrumental for muscle contraction.

Smooth muscle fibres are located in walls of hollow visceral organs, except the heart, appear spindle-shaped, and are also under involuntary control. Skeletal muscle fibers occur in muscles which are attached to the skeleton.

They are striated in appearance and are under voluntary control.

Muscle is the single largest tissue of the human body. Muscle constitutes about 20% of body mass at birth, 40% in young adults and 30% in aged adults. There are three types of muscles are present in vertebrates. They are mentioned above. The skeletal and cardiac muscles are striated and smooth muscles are non-striated.

The structure of striated muscle is explained in the diagram.  It is composed of bundles of multinucleated muscle fibre cells. Each cell is surrounded by an electrically excitable plasma membrane, called sarcolemma. The muscle fibre cells are long which may extend the entire length of the muscle.

The intracellular fluid of fibre cells is the sarcoplasm into which the myofibrils are embedded. The sarcoplasm is rich in glycogen, ATP, Creatine phosphate, and the enzymes of glycolysis.

When the myofibril is examined under the electronic microscope, alternating dark bands (anisotropic or A-bands) and light bands (isotropic or I Bands) are observed.

The less-dense central region of the A-band is referred to as H-band (or H-line). A narrow and dense Z-line bisects the I-band. The region of the muscle fibre between two Z-lines is termed as Sarcomere. The sarcomere is the functional unit of muscle.

In the electron microscopy, it is further observed that the myofibrils are composed of thick and thin longitudinal filaments.

The composition of Skeletal muscles

The composition of skeletal muscle is given below.

Skeletal muscle is responsible for the movement of the skeleton (which is why we usually find it attached to bones through tendons) and is the most abundant in the human body (it accounts for approximately 40% of body weight).

It is characterized by contracting only in response to a signal transmitted by a somatic neuron.

At the level of structure and anatomy of the skeletal muscle, we have to imagine that it is as if it were a thick cord formed by multiple finer cords and these by thinner threads still:

Skeletal muscle is made up of muscle fibers (it is the name given to muscle cells ), covered with a layer of connective tissue that separates them from adjacent fibers ( endomysium ) and groups them together creating bundles or fascicles, among which we find another layer of tissue denser connective, the perimysium(formed by collagen, elastic fibres, nerves, and blood vessels) and all of them are covered by a fibrous sheath, the epimysium.

The muscle cells are cylindrical and elongated and can have hundreds of nuclei: they are the largest in the body.

In the physiology of muscle cells, a specialized terminology is used, according to which the cell membrane is called sarcolemma(outer surface of the muscle fibre), the cytoplasm is known as sarcoplasm (semifluid material containing soluble proteins, glycogen particles, fat, and mitochondria) and the endoplasmic reticulum is called a sarcoplasmic reticulum (a network of transverse tubes (T tubules) and terminal cisterns that move the action potentials from the cell surface into the fibre).

Inside each fibre we find more than a thousand myofibrils, intracellular structures responsible for muscle contraction (1-2 μm in diameter), which are arranged in the longitudinal direction and are formed, in turn, by filaments of large protein molecules: actin(thin filaments) and myosin (thick filaments).

In the microscopic vision, the position of thin and thick filaments along the myofibril generates a pattern of dark and clear bands that is repeated and called the sarcomere, in which we distinguish:

It is found in all hollow organs except the heart. They are involuntary and their cells are elongated. It is characterized by its fibres that have only 1 core and its Myofibrils are smooth. It produces involuntary movements that are not controlled by the Central Nervous System.

Operates independently of the will of the individual.

They are attached to the skeleton of a man, forming voluntary muscles. It differs from smooth muscle tissue by its fibers that are polynucleated and its myofibrils have lines or striate oriented transversely to the fiber. This tissue forms the muscles that mobilize the skeleton. The movements are voluntary and controlled by the SNC.

It constitutes the myocardium or contractile part of the heart. MIOCARDIO is formed by cardiac muscle tissue made up of striated muscle fibers that cross transversally with inter fibrillary connective tissue. It is responsible for pumping blood through the circulatory system by contraction. The heart muscle works involuntarily and rhythmically, without having nerve stimulation. It is a myogenic muscle, that is, self-excitable. 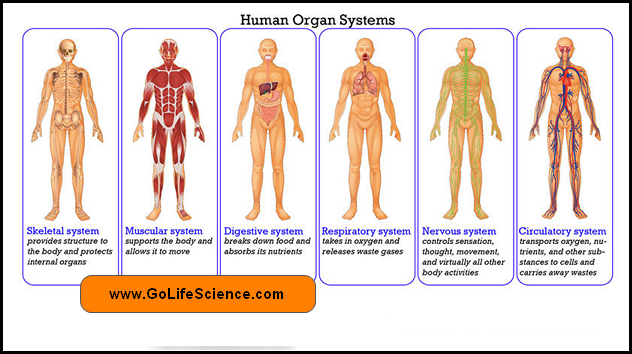